archery at its finest

Saginaw Field and Stream has much to offer for anyone interested in the great sport of archery. We have activities throughout the year that are geared to both youth and adult archers of all talent levels. 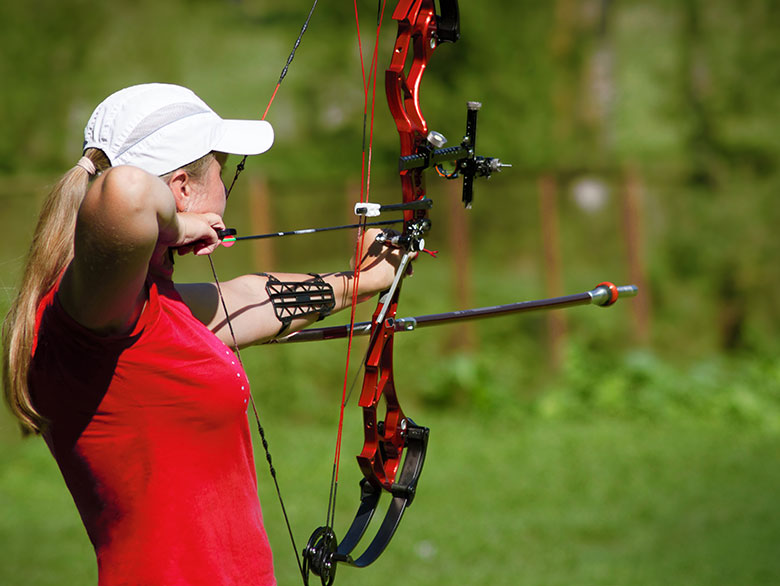 Saginaw Field and Stream offers a club 3D shoot once a month during summer from May-September. A 20-30 target course will be set up throughout the wooded area of the club. We have some of the newest 3D targets to set out each year which now includes Rinehart’s Moose and Red Stag target. The club also hosts the Rinehart 100 every year which attracts archers from all over to Saginaw Field and Stream.

All other ranges are shut down for the weekend to allow for 2-50 target courses to be shot. One side is a standard North American course where you will face targets such as large whitetails, elk, bison, moose, and many other species native to North America.

The other course option is the Safari side having more exotic targets such as a giraffe, elephant, kudu, and other species from around the world.

More information and registration for the Rinehart 100 can be found on their website.

In addition to the club 3D shoots the club also hosts multiple competitive 3D shoots each year from orginizations such as the IAA, ASA, and IBO or facebook page.

For more information see the calendar of events or call

Saginaw Field and Stream has a variety winter leagues for those looking to improve their skills while enjoying the camaraderie of shooting with other folks sharing the same interests.

We offer both sport and animal leagues with morning and evening lines. Starting the first week of January and running through the end of March there are 4 different leagues offered during the week. All leagues have a $10 fee to join the league and $5 to shoot for the week for both members and non-members.

Joining the league is not a requirement to shoot for a night. For interest in any of the specific leagues please contact the person running that league. 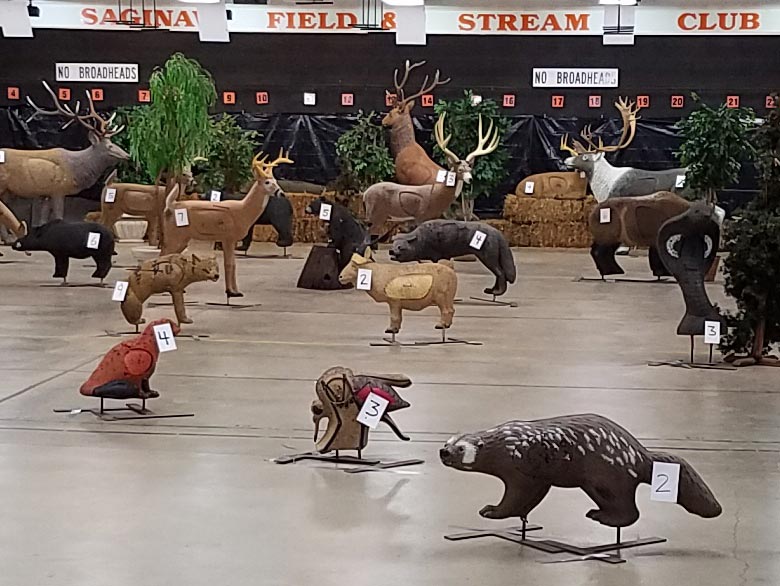 J.O.A.D. archery Junior Olympic Archery Development is a program where young people between the ages of 11 and 20 can learn the fundamentals of archery from Certified Archery Coaches from USA Archery.

Saginaw Field and Stream offers a 12 week winter program that is held inside our CEC archery building.

To join JOAD it is suggested that you should be able to consistently shoot a 3 shot group inside a paper plate at 20 yds.

Shooters are required to bring their own equipment.

If you want to shoot for pins the shooter will also need a USA membership for $40.

Saginaw Field and Stream also offers a more informal youth league held on Saturday mornings that start the first week of January and runs through March, this league is open to any youngster looking to shoot archery at no cost.

Equipment is not needed for this league.

The lessons start at 8:30 AM with a pancake breakfast being served around 8.

The schedule is flexible to work around other events that the club hosts, this year there will not be classes on Jan 13 and Feb 3 due to competitive shoots.